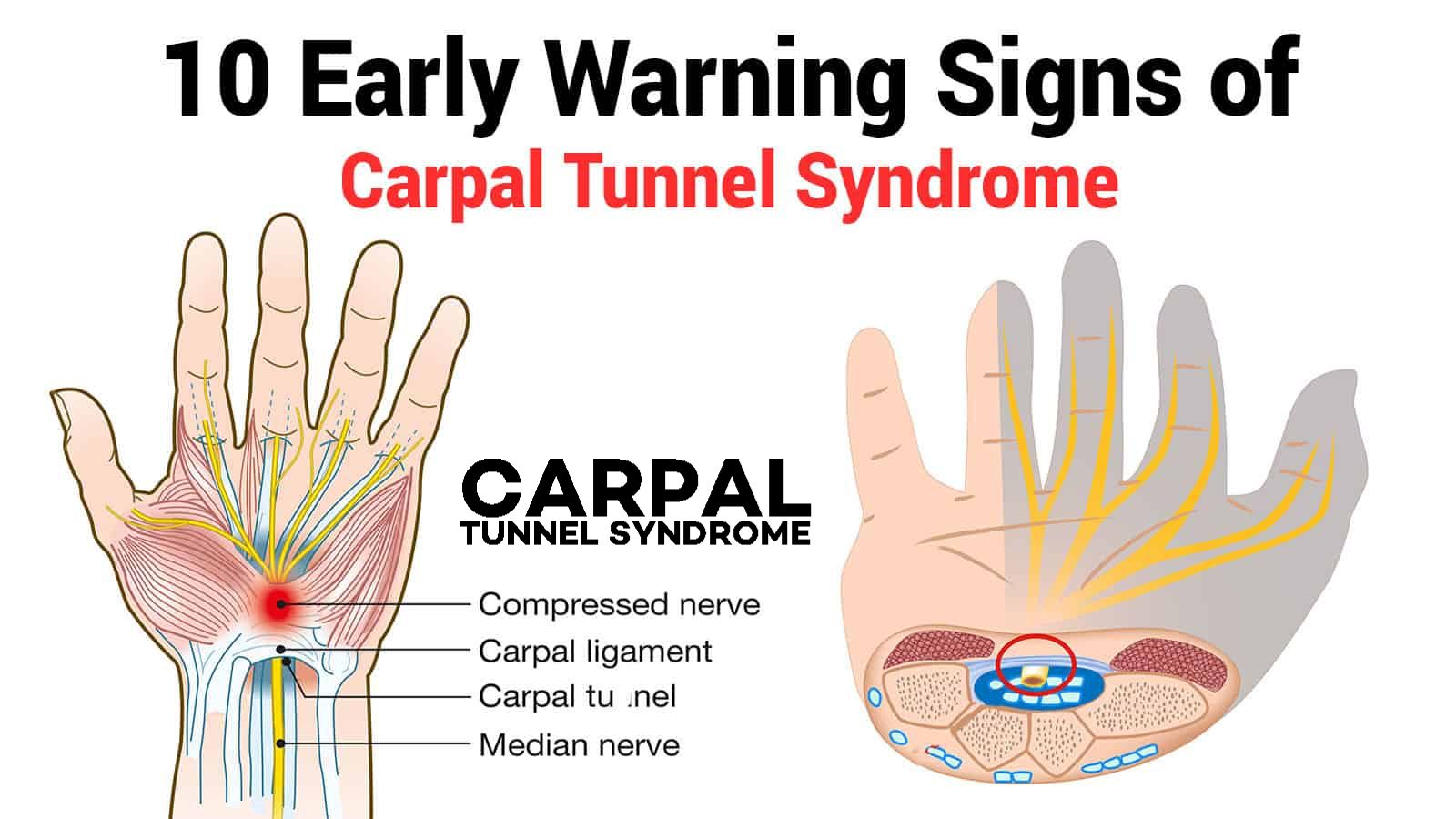 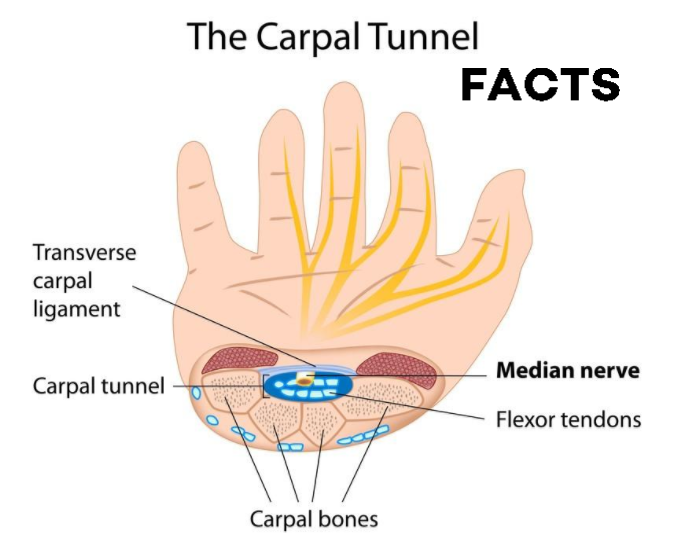 Signs and symptoms of CTS: 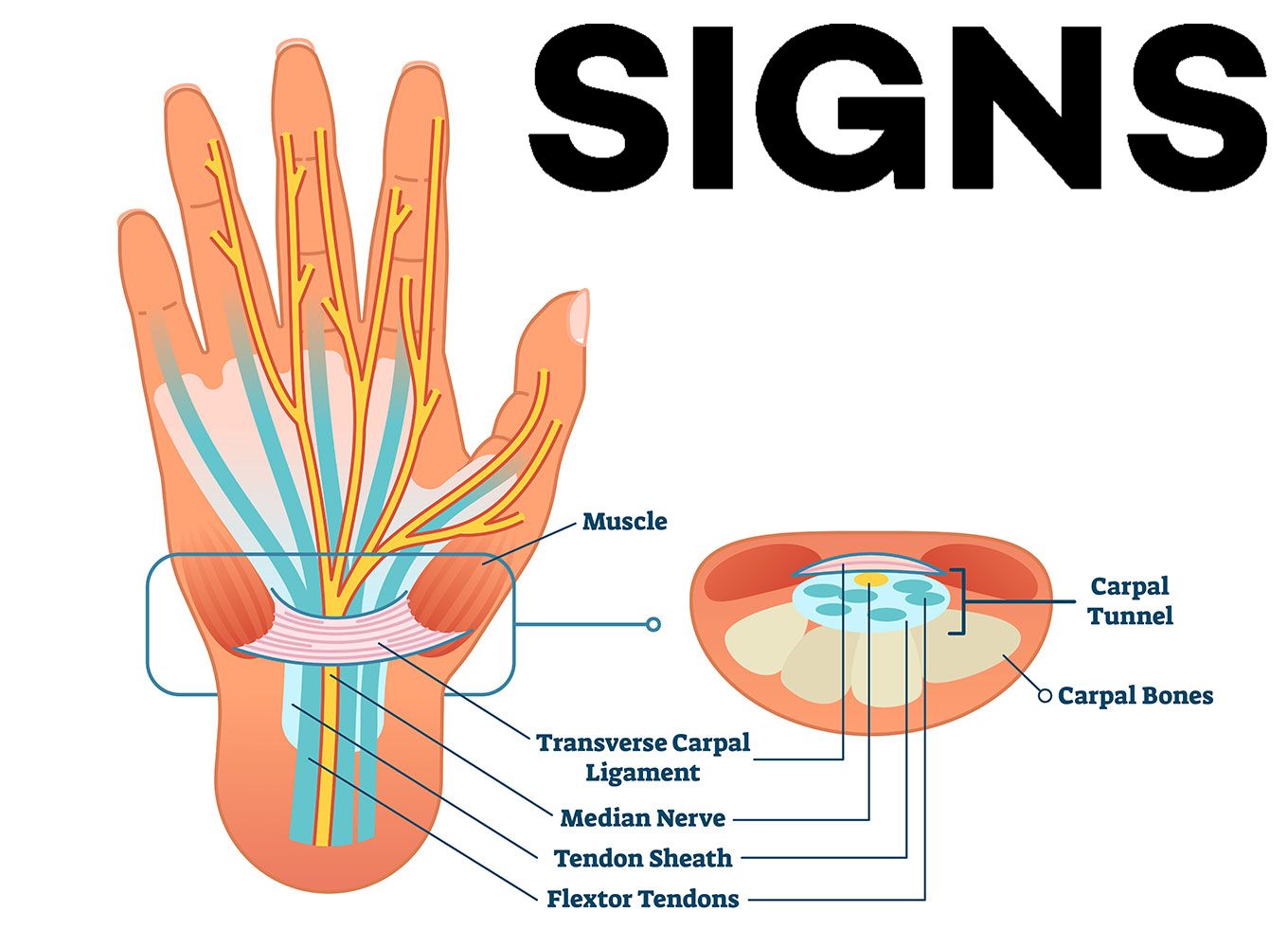 The symptoms are always related to the nerve path and the compression of the median nerve. When the hand loses all of its senses, the hand is considered "falling asleep". Other symptoms include:
Pain and burning sensation that moves from the wrist to the arm
Wrist pain increases when the person is sleeping
Weakness of the muscles of the hand
Numbness and tingling in the thumb and middle finger
A person with TSS may feel the need to shake hands


Carpal tunnel pain is due to excessive pressure on the median nerve. The most common cause of CTS is often an underlying condition that results in swelling of the wrist. Sometimes even blocked blood flow can cause pain. Other causes include:

Who is at risk for CTS?


People with activities or jobs that involve repeated use of the fingers are at higher risk of SCC. Other risk factors include:

Sai Chand Sukhavasi
★★★★★ 2 days ago
I don't know about all but I can say that this is best to treat a patient like a relation. Means trusted treatment on veins.
Reply Like

Carpal Tunnel Syndrome is often caused by underlying conditions that place a strain on the median nerve, compromising the blood supply it delivers to the fingers. These can include existing diseases such as diabetes, which increases the sensitivity of pressure to the median nerve, and hypothyroidism, which can increase the amount of water retained in the arms and wrists.

Many causes of Carpal Tunnel Syndrome aren't disease-based, however, causes can be generated from external stimuli, such as wrist injuries, fractures of the arm bone, and dislocation of one of the carpal bones in the wrist. Pregnancy, because it can cause swelling of the wrists, can also place pressure on the median nerve by narrowing the carpal tunnel.

Many instances of Carpal Tunnel Syndrome are thought to be idiopathic, having no obvious cause. However, even with idiopathic instances, certain activities can aggravate the symptoms of Carpal Tunnel Syndrome. These can include using power tools or working on an assembly line, constantly performing repetitive – and sometimes awkward – motions. Certain people can even be born with an abnormally narrow carpal tunnel, making them predisposed to the syndrome that may accompany it.

While Carpal Tunnel Syndrome can affect all demographics, it is far more common in women than in men. It is also most common in those who are middle aged and post-menopausal. Obesity and tobacco use increases a person's risk.

While Carpal Tunnel Syndrome certainly doesn't have a magic pill serving as an antidote in its healing, there are certain medications that can relieve its pain and discomfort. These can include Nonsteroidal anti-inflammatory drugs (or NSAIDs) for those whose condition is brought on by inflammation or Corticosteroids to relieve the pressure on the median nerve, decreasing the pain in the process.
The literal hands-on approach of spinal manipulation and deep friction massage can help manage the swelling that is pressing on the median nerve, causing the symptoms to flare up. Manual stretches of the wrist and tendons, additionally, can help increase the blood flow to the hand.

While the evidence is not conclusive, some speculate that dietary changes may lead to diminishing Carpal Tunnel Syndrome symptoms by arming the body with the nutrients it needs to repair nerve damage and decrease inflammation. By taking something as simple as a multi-vitamin, pressure from the median nerve may be diminished, allowing it to repair itself back to its natural state.
While the above mentioned treatment options are usually limited to being beneficial to those who have mild to moderate cases of Carpal Tunnel Syndrome, for those who have severe cases, surgery may be the best option.

Though there are several approved surgeries for Carpal Tunnel Syndrome, they all involve the same theme of the cutting of the ligament that is pressing on the median nerve. They are also all procedures done on an out patient basis, with a small incision cut in the wrist or the palm and a recovery time of just a few weeks. While not all surgeries are successful in relieving the symptoms, roughly 70 percent of patients who choose surgery report satisfaction with the outcome.

Carpal Tunnel Syndrome can happen for reasons that are understood and for reasons that are unknown. However, practicing self-care can prevent some of the symptoms that arise no matter the underlying cause. From keeping hands warm to improving posture, and from relaxing the grip while performing tasks with the hands to taking frequent breaks, the best chance at preventing Carpal Tunnel Syndrome usually lies with some conscientious effort.

While The Center tries to focus on health, and above all else, prevention for all those who cross into its threshold, sometimes the best that can be done is to recognize the source of the "DIS-EASE," and to teach every individual how to manage their symptoms. Believing that it is the most important aspect of any treatment regime, and that it is the primary job of the health care practitioner, The Center works to empower the patient in the maintenance of their own health.

Achieving health is also an elusive place, and The Center will work tirelessly to create a path to health which, when embraced by the patient over time, will allow the patient to enjoy a positive return on their rehabilitation investment. The Center teaches a Mindfulness Yoga Program that aims to educate the patient in the power of the mind to minimize, if not rid the body of, aches and pain. Although the ultimate goal of health is to live without the use of drugs, natural or otherwise, The Center for Osteopathic Medicine recognizes the importance of medicinals and their appropriate use. All styles of "Hands on Manipulation" are practiced at The Center. By combining these Manipulative techniques with Structural Integration, massage, meditation and Western Medicine, The Center for Osteopathic Medicine helps people to identify disease before it manifests, quiet pains that have been previously diagnosed as Chronic, and embrace a holistic mindset to Live in the Present- and within that presence, live completely well