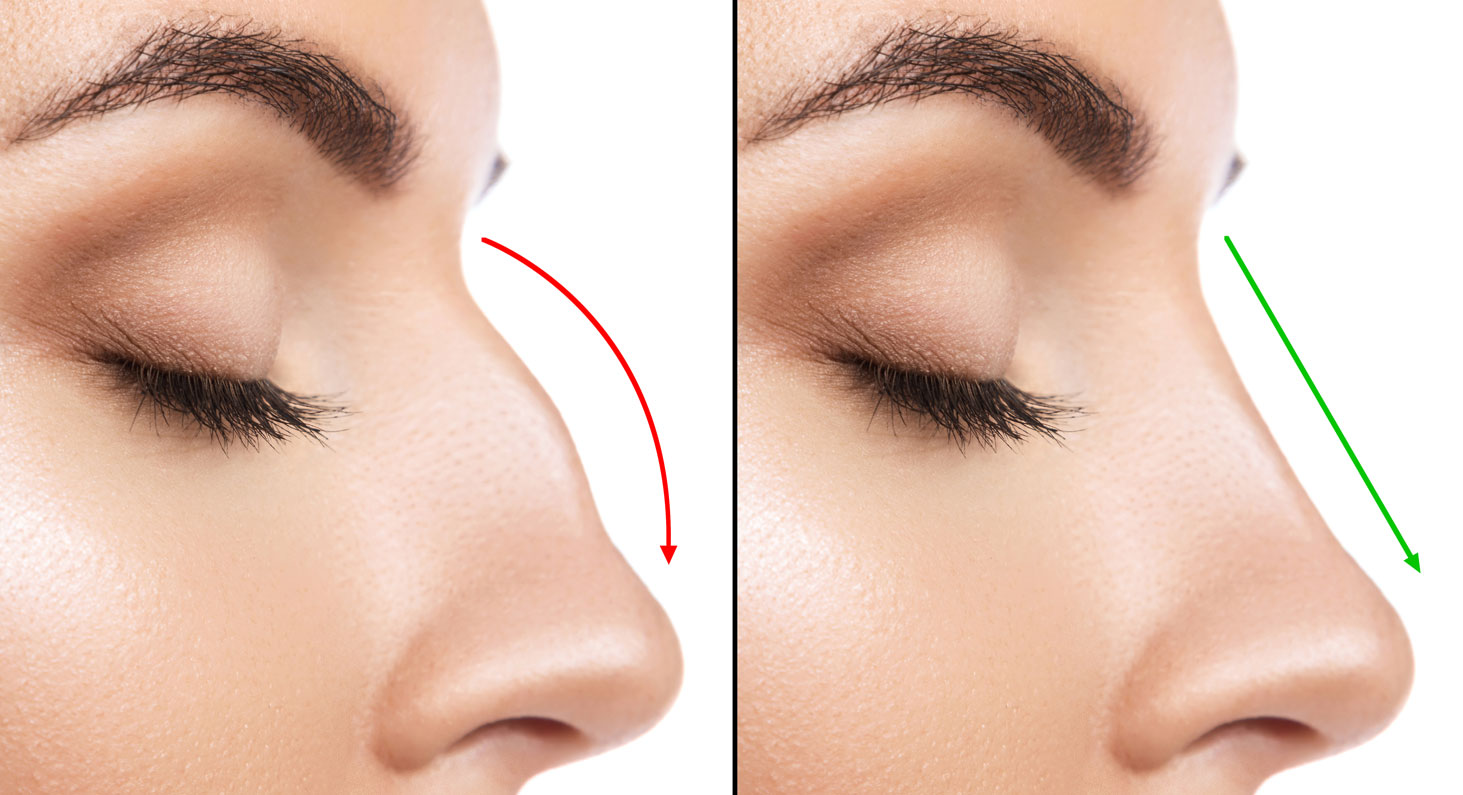 Nose Surgery Cosmetic nose surgery, also known as rhinoplasty, can improve the appearance and proportion of your nose – enhancing facial harmony and self-confidence. Cosmetic nose surgery may also improve a breathing problem or correct abnormalities caused by trauma or a birth defect, and the procedure can change your nose’s overall size, tip, bridge and nostrils.Surgeons at Cleveland Clinic Cosmetic & Plastic Surgery Center offer refined cosmetic nose surgery techniques that can positively transform the most defining characteristic of your face.
Closed Rhinoplasty

A closed rhinoplasty is the most common type of rhinoplasty and the one that Dr. Bennett chooses most often. All incisions are hidden inside the nose with no external scars. Lifting the soft tissue slightly upward, the bone and cartilage is accessible to perform the necessary changes.The technical methods, once the inside structure of the nose is visualized for an open or closed rhinoplasty, are similar.

There are several advantages to having a closed rhinoplasty, due to its less-invasive nature:
Reduced nasal tissue irritation (due to the lack of a columellar incision)
Reduced likelihood of the nasal-tip support reduction
Smaller likelihood of post-operative edema
Lessened detectable scarring
Less time spent in the operating room
Faster post-operative patient recovery

Open Rhinoplasty
An open rhinoplasty has historically been the rhinoplasty for patients who need extensive work done to the nose. Your surgeon will make incisions in the skin between your nostrils underneath your nose. This area is called the columella. Next, the skin is lifted to reveal the inside of the nasal cavity, giving your rhinoplasty surgeon access to perform the necessary reshaping.Where extensive grafting or when revision surgery is needed, you may require an open rhinoplasty. Some surgeons will choose open rhinoplasty as their primary method of surgery depending on the training and skill of the physician.

Open Rhinoplasty procedures are best for patients with the following issues :
Collapsed valves from previous hump removal
Genetic, structural deformities in the nose (i.e. cleft lip palate)
Acquired deformities in the nose (i.e. severe trauma requiring grafting)
Dissatisfaction with the cosmetic appearance of the nose after previous nasal surgery
After a surgeon performs an open rhinoplasty, the columella is sutured and the nose is taped for stabilization purposes. After the taping, a nasal split that has been sculpted especially for the nose is placed over the tape. The splint will help protect the delicate tissues of your new nose during the healing process. It will be removed approximately one week after the surgery.

Filler Rhinoplasty :
A filler rhinoplasty is a less common type of nose surgery. It is non-surgical in nature and can be done by dermatologists, cosmetic surgeons, physician assistants as well as general plastic surgeons. No incisions are made, but rather, the injectable filler is used to correct minor imperfections in the nose. For example, a filler rhinoplasty is an option for those who desire minimal change to the nose. The most common types of “fillers” are Juvederm and Restylane. A drawback to choosing a filler rhinoplasty is that the results are not permanent. Scarring from fillers can be permanent and vessels can be obstructed causing necrosis of the nasal skin. Over time, the filler eventually absorbs back into the skin, effectively erasing the changes and requiring an additional procedure.

Hospital offers Multispeciality treatment and facilities on par with the best available globally. From a 24-hour ambulance service, pharmacy and diagnostic centre, to specialised services and more.